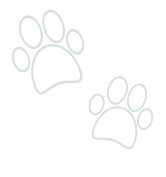 Before the puppy arrives in your home , you must know how to receive it, what material to have, and know some small attentions for its proper insertion into the new living environment , namely

Food : We recommend to continue to feed it with the same food used in breeding (in our case at delivery of the puppy )

Water and feed bowls: the type ” anti- flap ” for puppies , preferably in easily cleanable material such as eg . metal

Dog’s bed: The Chihuahua loves a soft berth padded . Always put us in a small cover (we will give you a pezzotto with the smell of mom and his brothers ) , also in this case the preferred durable, easily sanitized (MAI wicker or similar plots , dangerous to the accidental ingestion !) 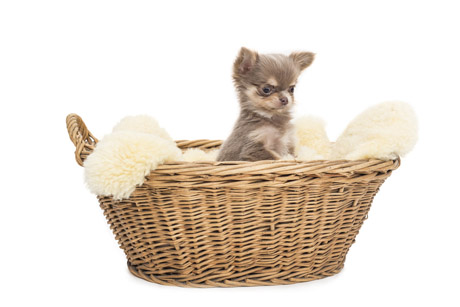 Some toys: a small ball very welcome , an old sock tied , a little ‘ different ossetti ( the type of dried buffalo skin etc …) a rubber doll or a stuffed toy (beware , those kittens are intended to be free from hazards such as lack of moving parts that can be detached and create asphyxiation from accidental ingestion, if used outside plush purchased from pet shops ; inspect and remove all plastic parts as dangerous as the nose and eyes etc …)

Needed for daily Dressing: ex. Nail clippers (for Chihuahua are those indicated by cats) , wet wipes for hygiene puppy (to be used at least until you can do the first bath ) , a small, soft brush , a mild pesticide for puppies (always ask the one used in breeding , is certainly the most tested and listed for your puppy )

A small kennel for dog: with which to take home your puppy from the breeder .

Leash, collar , petturina: can be purchased upon arrival. However you prefer to always use a petturina for future walks, because the collar could ” strangle ” when the puppy should expand on the leash … Use the collar just to get him used to wear it when you are at home, and not for walking . We recommend that , in the case of podroncini a bit ‘ distracted , place a small bell (type trigger, for instance) to the collar of the puppy, so you can hear where the puppy and you avoid accidentally causing him to step on the articular fractures also severe. As soon as possible, you should remove it.

Absorbent hygienic Carpet: are used by the pet ( trained ) to carry out the physiological needs in one place , thus avoiding the annoying phenomenon of disorientation and relative dispersion of feces and urine throughout the house. Of course, the puppy will use its hygienic drape on which dirty only if it is previously educated and trained by his breeder already at an early age , when the puppy is still with its mother and starts to smudge out of his bunk. The method of imprinting used in our breeding is absolutely not bloody , natural, and absolutely no risk or danger for the whole litter. The result is amazing : the puppy will continue to mess up his mat even when you will be in her new home ! But to be successful , the educational work of the farmer is to be continued by the new owner , otherwise good habits can give way to those … not so good )

The correct entry in its new home

When the puppy arrives in the new house will do everything that puppies of any breed normally do. He eats , sleeps, barks , growls , explore , learn new things and make his needs … Be aware that , due to this fact, in the early days you will have to devote much time and attention : best to take a few days off to devote exclusively to small in order to fill the lack of his mother and his brothers , through lots of cuddles and attention. It lost in one day all of its points of reference both affective (in fact his mother, his brothers , the breeder ) and those living ( no longer recognizes his room , where he grew up and used to eat , sleep , make bisognini etc …) All this will keep you busy most of the day , at least for the first few days … you’ll have to replace it to his mother , his brothers , his breeder , and teach her ​​new living space is patient with so much … he’s just a puppy , do not expect to know everything right away ! However, gradually (after a few days of adaptation to the new environment ) must impose limits : For example if you do not want to sleep in your bed , do not mettetecelo never, even when it is a puppy. It ‘obvious that you have to give him lots of love and lots of cuddles , but do not give him immediately of the defects that are difficult to remove ! T

he first few days the puppy might have nostalgia for the mother and brothers and could have ” fear” of the new house and new people. Especially at night might cry. Put her crib next to your bed , so you can pet him if he were crying. A trick to get him to sleep without too much whining is this : put a bag in his bunk with hot water, wrap in its cover with its smells , you’ll stop whining due to the heat that the puppy reminiscent of that of his siblings and his mother , comforting him a little bit. Especially in the beginning so you do not keep the puppy in his arms, but leave quietly scour the house. Always be careful not to drop it from your arms ! Such a flight could also cost him his life ! Pay close attention especially to children : they are the first danger for a chihuahua puppy , both physically (falls from her arms , pestamenti , joint sprains, etc …) but also from the psychological point of view : the puppy is literally terrified by the shrill screams and agitation of some children ( not educated by their parents ) This is one of the main reasons why , at least we do not recommend a puppy of this breed to small families in similar conditions …. in fact we do not deliver at all! respond based on their own experiences. 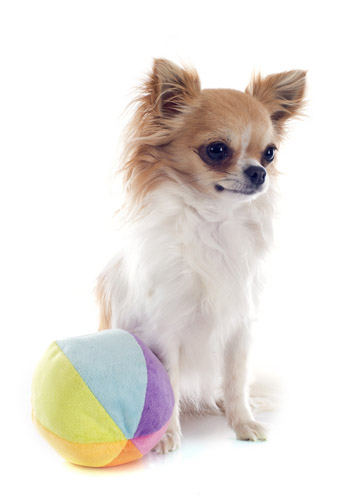 And anyway , do not let the child take the puppy in his arms , put instead sitting on the floor and let the puppy come to know him ! In doing so , they will make friends right away , without exposing the puppy to various hazards . At first I let everyone the opportunity to greet the newcomer. Let him get used to the first house and the new environment . If you really can not do without it, well then taught to those who are taking her up (after you have learned it ) , how to take a puppy in her arms : a hand to be put under the belly of the puppy and the other hand on his back, by way of harness, leaving the 4 legs free. In doing so the puppy can not fall , even if he tries to wriggle away . The puppy sleeps more than an adult dog. It should be left to sleep in peace ! played with him and tenetegli company. when the puppy is cute , little by little ail puppy will learn to be alone. If you go out and you have to leave a little time alone , do not let him the whole house available, it would be better to close the room you had chosen to place his bunk , mind to choose his small living space and ricreargli the same condition in which had been kept on the farm ( talk about this with the breeder , we do always happily ) , and the drape them put in his corner for bisognino and hygienic bed with bowl of water. and various food and toys . , do not change the time the placement of his corner inside your home , because this fact creates a strong disorientation of the puppy with the result that you will make the poo everywhere … in fact we advise you to choose where to stay well his little corner and do not move , at least finquando become a puppy of 8-9 months and avrrà understand how and where to look for his stuff … Lets something to do when he is alone. Give him a bone to ” nibble ” , nascondetegli a little ‘ dry food under the corners of the mat or in a place where you can find it by smell and intelligence. The puppy will quickly learn to stand alone and sleep for most of the time that stands alone . It will be ready to play when you get home . Normally, the Chihuahua will not cause damage in the house. It may be that boredom is done in some newspaper pieces, but usually does not go beyond . We recommend that anyone who has a home unsafe (eg, exposed wires , many carpets etc …) if possible to temporarily remove these potential risks , and to acquire a small recintino metal ( readily available in hardware stores) that will allow you to leave also the puppy alone in his small enclosed space , suitably equipped with every comfort, allowing you to safely get out of the house for a few hours (never for too long, because the puppy may still need help ), thus avoiding that hurt running around the house all alone and unsupervised . 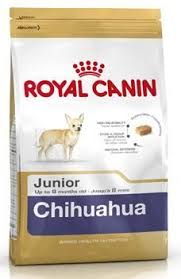 Due to its size the Chihuahua can not make a lot of damage to your home , but you still have to give him a chance to kick back on a daily basis …. even on the terrace is fine, but recintatelo with a fine network , the puppies do not yet have a well-developed vision and could fall by leaning railings . For as any other question , always ask your breeder how you should act , will always.