Origins of the Chihuahua lost in the past : one of the most reliable sources , some say the Chihuahua was a native of northern Mexico , specifically in the area exactly where the ancient city of Chihuahua is the capital , and those who claim to have been imported in the same area. It seems that the ancestors of the Chihuahua more distant in time are the Techichi , dogs bred by the Toltecs , an ancient people of Mexico which dates to about 3000 years ago. The current chihuahua , according to some, would be the result of crosses between the descendants of Techichi in Mexico and imported dog in that area by the Spanish conquistadores : Perro Chihuahueno .

Others argue that it was the favorite dog of the famous Aztec princesses , of whom they were jealous , and from which he never parted . It is said that for religious reasons, the Aztec civilization adored these dogs of small size , with rather large ears and straight – which goes back to the Xoloitzcuintle – which were found numerous statues , similar to the current Chihuahua.

Preserved in the museums of Mexico and the United States are widely represented in an accurate and scholarly study of normam P.Wright titled ” El enigma of Xoloitzcuintle ,” published by the National Institute of Anthropology and History of Mexico in 1960. The Aztecs considered it to be a guide for the dead in the afterlife to the point of sacrifice when a person died. 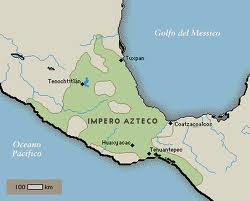 Some remains of bones were found in the pyramids of Cholula , Mexico. Subsequent to spread in Northern Mexico , just in the last century , this small dog migrated to the United States , where it soon spread dramatically enough to be considered among the top ten most popular breeds . Others trace the origins of the Chihuahua Europe and more specifically the island of Malta where they were found the remains of small dogs with open molera ( fontanelle ) . The most famous work is a fresco by Sandro Botticelli in 1482 located in the Sistine Chapel . Since the painting dates from a few years before the arrival of Columbus in the New World that could make us reconsider the theory that traces the origins of the Chihuahua to Mexico.